Your Bag is Empty

Give your wardrobe a makeover now!

Successful Women Entrepreneurs Who Made Their Mark In India

By Not So Typical Editor

The Indian women are constantly crushing stereotypes and changing the business scenario. Ages ago, the term entrepreneur was synonymous with men, however, the term has evolved and moved miles apart from its gender association.

The tide is turning now and many Indian women entrepreneurs today are inspirations to all those girls who aspire and have dreams to make it big. The beauty of this capitalist growth among Indian signoras is that the innovation and initiative come from small towns and remote villages as much as it does from the big metropolitan cities.

Not So Pink takes this opportunity to identify and share with the world stories about the hard work and commitment of some of the most inspirational business women in India.

6 Most Successful Women Entrepreneurs In India 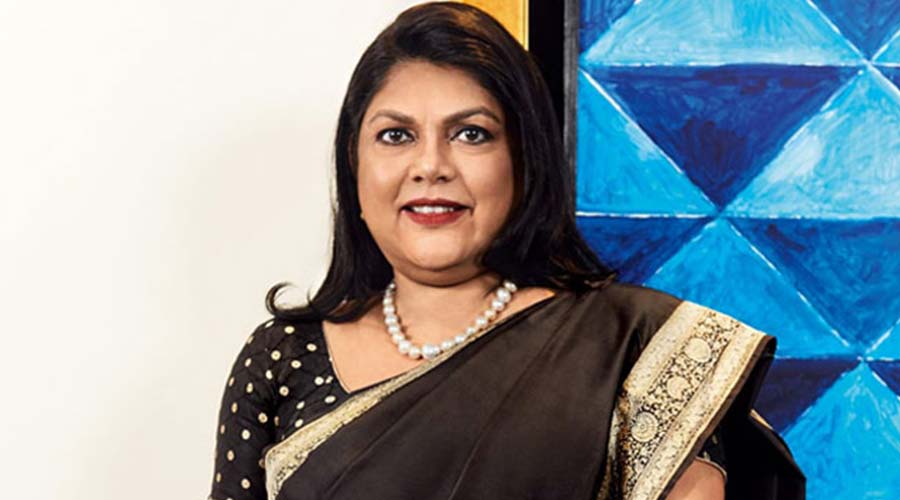 Falguni Nayar is a self-made Indian billionaire who was a former investment banker. She started her entrepreneurial journey at the age of 50 by launching Nykaa- an e-commerce platform that is one of India’s leading companies today. She soon expanded and launched two more verticals Nykaa Man and Nykaa Fashion that sells modern, traditional and formal wear for women and men both. She proves that success sees no gender and age bar and that anyone can achieve what they set their mind and heart to.  She has bagged several awards such as the “Women Ahead Award” at the Economic Times and the “Most Powerful Business Award” at Business Today. 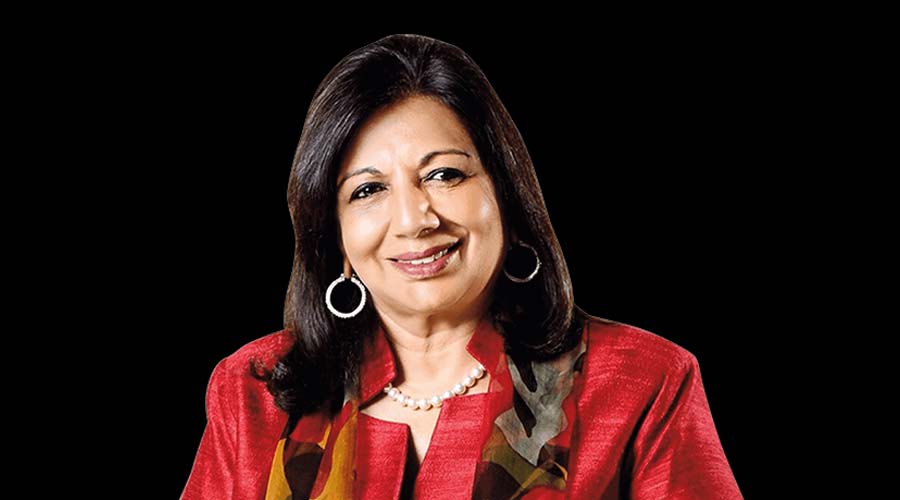 A prominent name in the club of women entrepreneurs in India. Kiran Mazumdar Shaw took up the road to entrepreneurship in the 70s and is probably the country’s first businesswoman. She founded Biocon Limited which is a biopharmaceutical company based in Bangalore. As per Hurun Global Rich List 2021, Shaw is India’s wealthiest self-made women entrepreneur. She is also a recipient of numerous other accolades including the Othmer Gold Medal, the prestigious Padma Shri which is the fourth-highest civilian award in the Republic of India and was listed as the 68th world’s most powerful woman by Forbes in 2019. Her passion for developing bio enzymes is changing lives for the better around the world. 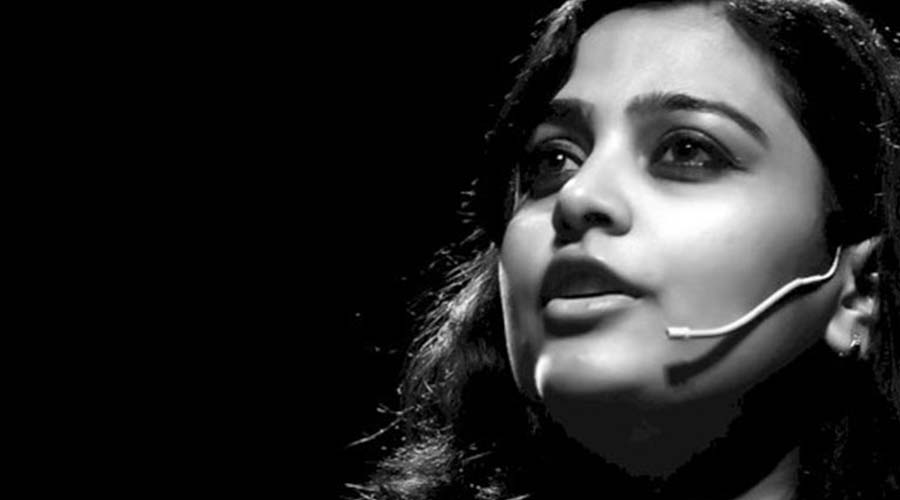 It is the 21st century and yet, menstruation is still frowned upon. And Aditi Gupta took it upon her to fight the myths and stigma attached to it. It was her ambition to deal with this social taboo and highlight how it aggravated poor sanitation challenges for females. It led to the creation of the acclaimed comic book guide- Menstrupedia. It became a sensation and later took the form of a full-fledged online platform. She educates her readers about menstruation, hygiene, role of hormones and inspires women to be open and accepting of this natural phenomenon. She was also listed on Forbes India 30 Under 30 for being an inspiration to many women across the globe. 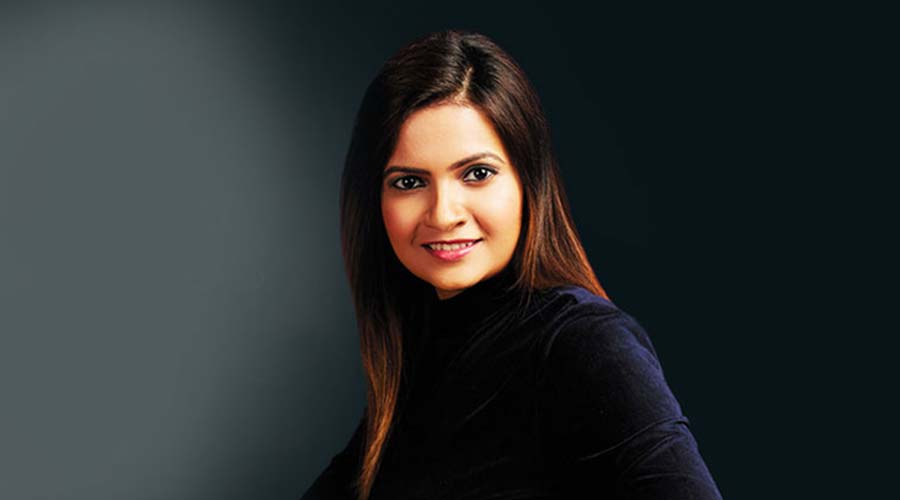 Manisha Raisinghani's tech journey started from teaching maths in Maharashtra’s small town of Ulhasnagar. Today, she is the Co-founder and CTO of LogiNext- one of the leading B2B SaaS companies. She is committed to logistics optimisation, a field that is generally dominated by the male counterparts. She was expected to take her family’s business ahead but she went against all odds and chose data crunching as her life's calling. She is also a proponent of more and more women in coding. She believes in taking the risk and kickstarting execution of plans without worrying about chances of success. If the end result is failure, it will still make one wiser. 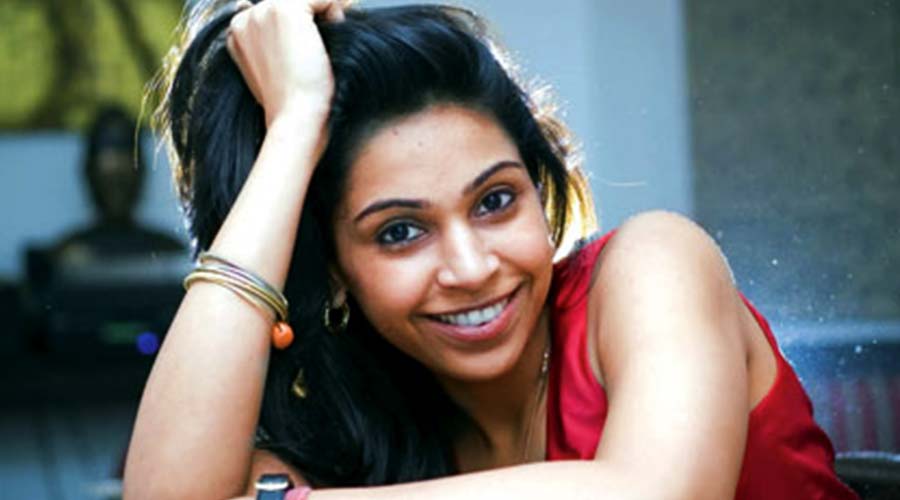 Anisha Singh is a noted entrepreneur who founded Mydala- one of India’s largest marketing platforms for local services. She is an expert on entrepreneurship, an international speaker on women equality at the workplace and has shared her passionate thoughts with all at Mobile World Congress, the Boao Forum, Wired, Tedx, SeedStars Summit and Start-up India conferences. She has been shattering glass ceilings and altering traditional perceptions and is on a mission to cultivate strong women role models that resonate with younger female aspirants. Anisha has earned recognition as one of The Top 100 Global Diversity Leaders in 2019. She was also listed under the Business category in Women in Asia – 50 Most Influential 2018.

Purvi Rohit Pugalia is a graphologist, a literature graduate and the mastermind behind the homegrown brand Munchilicious Granola. She believes that success does not have any shortcuts and even more so when it comes to one's health and wellbeing. She has also played a pivotal role in other SOCH Group ventures such as Beyond Ideas, The Rooted Co, This or That and Not So Pink. Her entrepreneurial journey began in her home kitchen and today, Munchilicious and The Rooted Company are the country’s leading granola and muesli manufacturing brands today. Moreover, her commendable philanthropic work is also applauded in society. She has founded a charitable trust for the underprivileged called VASTRA that does exceptional work towards animal welfare, betterment of education and healthcare, etc.

Successful women are an inspiration to all for they can play countless roles for everyone and ace them too. Do you aspire to make it big one day as well? The first step is to feel like a lady boss and then manifest it for yourself. And to feel like one, Not So Pink brings to you a range of premium office wear for women. Our garment experts work on solution-driven clothing for working women proving them with only the highest quality formal wear for women. Being comfortable in your own skin and what you wear is at our core. That is why, every piece is made with intelligent details and functional designs.

Check out our range of formal wear for women and order some inspirational workwear that will take you up the corporate ladder in no time. Because a great sign of success is to dress your best.

By Not Pink Editior

Get updates on latest apparels & accessories, and exclusive deals at Not So Pink

House of
Not So Pink

Not So Pink delivers contemporary yet comfortable fashion formals for Indian women to be the most confident, bold, and classy version of themselves. Finally, a brand that celebrates each woman for her personality & opinions irrespective of her shade & shape. We realised that it’s imperative for a strong personality like an Indian woman to don an equally expressive women workwear brand. She deserves a brand that can speak directly to her, understanding what she stands for, and most importantly, a fashion formals brand solely catering to her body type! Not So Pink presents fashionable formal wear for women who are independent and ambitious and want to express themselves effortlessly. A workwear brand that celebrates your individuality.


We make size-inclusive formal wear for women of all body types. Because every woman is perfect through our eyes & all curves are just the right size. Impressive office wear for women that makes an apt outfit for those mid-week outings after work. Women's clothing that slay and leave an impression at work every day. We also have pieces to help create the ideal capsule wardrobe, so mix & match with ease without falling into a dilemma every morning. Classic pieces of office wear for women from our range of clothing & accessories will get you to be the most bold & confident version of yourself.


Online shopping for women without trying can sure be a problem sometimes, but Not So Pink is here to solve all your wardrobe woes with women workwear options that fit you just right. If you believe your outfits are a reflection of yourself, we have powerful options on our shelves. Not So Pink has redefined the size chart of formal outfits for women by keeping in mind the most common body types in India and creating stylish & chic workwear that suits the Indian woman of today just right. Online shopping for women will never be the same because Not So Pink has arrived to change the landscape of women's clothing especially under formal outfits for women & challenge stereotypes along the way.